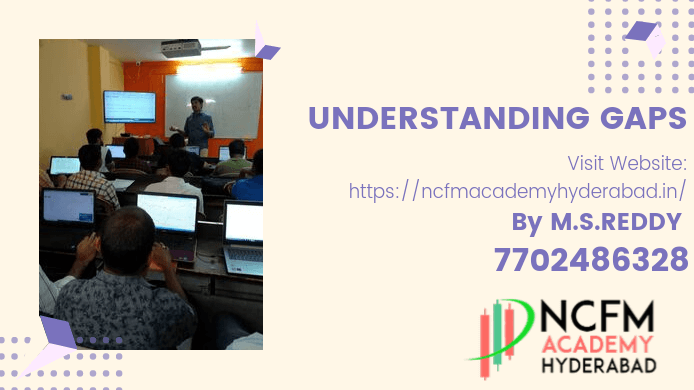 Gaps are quite frequently found and seen in the stock market. So, first of all, let us what the meaning of the gap is. Let us take an example of how the stock is trading. It goes up, and it goes down for every moment. Take the stock X; it started at 100 dollars at the beginning of the day. It rises to 200, declines at 150 again rises to 230 and then falls at 180. Let us think that the stock stops there, at 180 at the end of the day. And let us say that the very next day, the stock starts at 210 dollars. So, the difference in the starting point of today’s stock value and the endpoint of the last day’s stock value is considered as the gap. During the period of the gap, there is no trading taken place between the two moments. You can see them frequently during the intraday charts. However, these are less commonly seen on the weekly charts.

Why have the Gaps?

There are many factors that could cause the gap to have occurred during the day to day stock transactions. The earning reports, human psychology are usually, the important aspects along with the fundamental position and state of the company or industry. If you are a swing trader and these kinds of gaps are common, and there can be some risk associated with this. You are lucky if you are on the right side of the trade.

Breakaway gaps are considerable than the frequent gaps, as they are more meaningful. These gaps can very well happen at any time, during the day trading and so don’t need to repeat the following day. These gaps have quite commonly occurred at any point in time in a day. An important note about the breakaway gap is that it shows the downward momentum of the trading. You get to see a support line break during the breakaway gap. Then it may move or up or step down, in any direction. The reason the breakaway gap happens is that the sentiment changes all of a sudden. The changes are more prominently seen for the months. Some opinion happens, and the stock does not move in any way. And the stock traders think, the stock is not moving, and I will sell off my shares. Then when a good number of stock traders do sell off their shares and the curve comes down as it pushes down and down.

An important point to note about the breakaway gap is that the volume of a gap is much higher than the common gap. Sometimes the high volume gaps are not drawn directly at some point during the day, instead, are seen as a declining or descending triangle pattern and sometimes also in some other declining patterns, and the decline is for sure.

In the following discussions, we will explore more gaps that we frequently see and experience in the stock market.