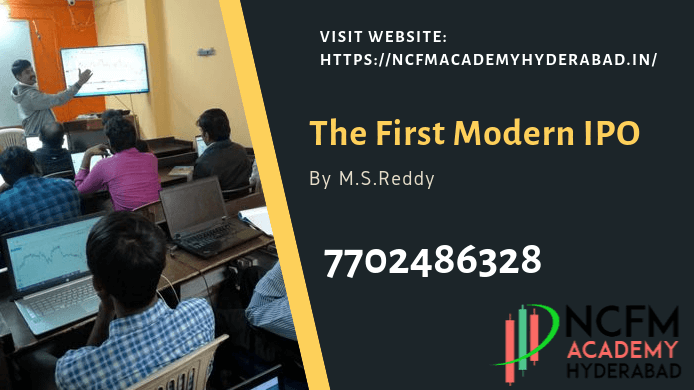 Money is almost the blood in the society that keeps the community running in some of the other ways. IPO or Initial Public Offer is also one of the techniques, where the money flows in the society, just like blood flows in the body to make it alive.

Was There Any In History?

Though the current shares are recently started a few centuries back, the actual concept was even in the Roman Republic times. The idea of shares or public shares was used in those times, like the publican. The idea was quite similar to the current Initial Public Offering that we experience today. The present stock companies that we see today were existent during those periods as the publican. The company used to be treated as the joint public company, as the ownership is divided among the buyers of the shares, like you and me, who buy the shares and own the piece of the stock of the company.

Whatever the history may be, let us come to the present IPO. The concept of IPO was started in the year 1602, in the month of March. Initial Public Offering was initiated by the company called Dutch East India Company that is familiar to the entire world. The company has started the IPO to raise the capital to improve and expand the business. The offer is given to the public, and anyone who is willing to get some piece of ownership in the company would be eligible to buy a share of the company, Dutch East India company.

Not only during the present economic processes but the Dutch East India company during those times also followed a formal process to hold the records and details of the IPO process. When an individual buys a share from the business, the person will get the receipt for the purchase of the share. Once the stock is owned by an individual, outside the company, he or she would be able to trade, which means can sell the share and also can buy a new share in the future.

What The Shareholder Got?

What is done when the individual buys a share from the Dutch East India company? The individual gets the acknowledgement that the details of the person, who buys the stock that he or she gets entered in the share register of the company.

The concept of shares and adding the owners of the company, to raise the capital in the enterprise, was not stopped with the Dutch East India Company. The concept was followed in the other developed countries, like the United States. So, the next leap of the IPO offering was done in the year 1783. And the concept was copied and started in the United States. So, which company has initiated in the US? The Bank of North America Company has offered shares to the public. The intention of the enterprise is the same, as to raise the capital to expand the business and transition the company into the public limited company.