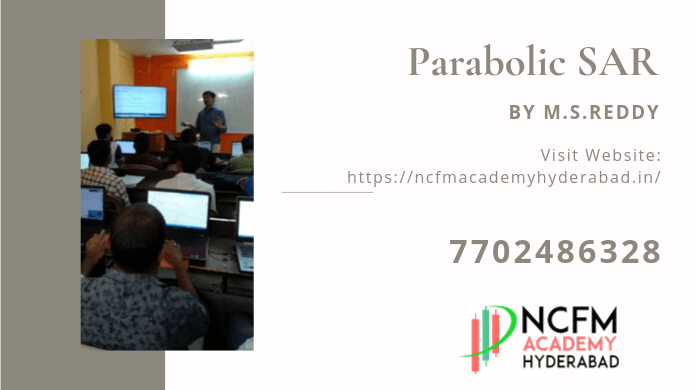 The parabolic SAR, which is also called as parabolic stop and a reverse system is one of the important technical indicators which are devised by J. Welles Wilder. These topics are discussed in the concepts of Technical Trading System, which were published in the year 1978.

It is a unique trading indicator, and it is one amongst the few indicators which considers the time factor. Most of the technical indicators focus on cost and time calculation with the attempt to reach more number of actual signals. Another major benefit of parabolic SAR is, it is highly objective in nature with a slim margin for personal interpretation. In fact, its signals are clear and quite easy to understand, as well.

When the value of Parabolic SAR is below the price, along trade is signaled, and when its value is above, a short trade is usually issued. The traders try to adjust the settings to better fit the currency to (or “intending to”) improving its performance.

Parabolic SAR is a trend following techniques, so it fails at the range-bound markets. So, it has to be confirmed with large range filter to ensure that the trend is much strong. One can also try to establish the breakouts to enhance its rate, thereby maximizing its performance.

This is the most powerful technique used in parabolic SAR. The entries produced by this indicator is the very week, yet it’s excellent and allows you to go through the trend thoroughly before reversing. That’s why this particular indicator is very much useful. The value of the parabolic is used as a trailing stop for open trade and also to protect the profits.

One of the major beneficial uses of parabolic SAR is, it doesn’t decrease when the cost is considered as an up-trend and continuously safeguards the profits resulted in advance. And in the same way when there is a downtrend, usually a short position is taken out. This is because a parabolic SAR falls only during the downtrend.

The most significant limitation of parabolic SAR is, it works well only during the trending markets. In non-trending markets, it usually produces ineffectual stop and also reverses the signals. It’s because of this limitation; Wilder recommended that only a technical analyst can quickly establish the strength as well as a direction of the trend prior to applying for this technical tool. Later, he came up with other tools like the Average Directional Index (ADX).

In the end, you will be surprised by the results of parabolic SAR.