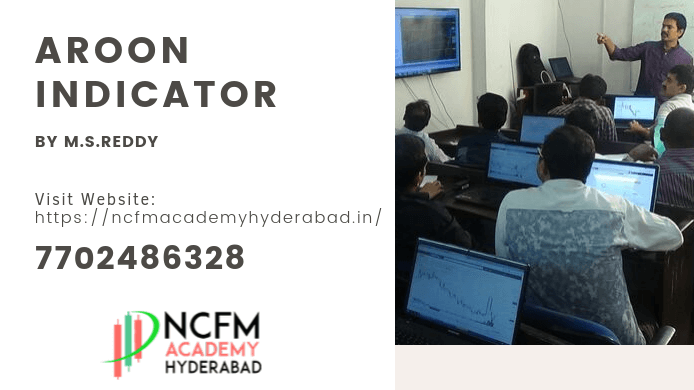 Aroon indicator is used to determine the strength as well as trend direction. The greatest value of the indicator is to help the traders as well as investors in order to distinguish whether the long-term trend is ending or just stalling at it before making another move.

It can be easily calculated using the following formula:

The two vital Aroon indicators are bearish and bullish; it can be made into single oscillator using bullish indicator from 100-0 and the bearish indicator from 0-100. Try to find the difference between these two values. It should also be noted that oscillator varies between +100 to -100, and the presence of “0” indicates that there is no trend at all.

Aroon indicator movement above 70 indicates the presence of strong trend; whereas the movement below 30 indicates the presence of low trend strength. On the other hand, movements between 30 and 70 indicate the indecision movement. For instance, it can be noted that if the bullish indicator is above 70; whereas the bearish indicator remains below 30 and the trend incorporated in completely bullish.

The crossovers here indicate that if it happens between 30 to 70. For example: let’s consider that if bullish indicator crosses above bearish indicator, then surely it is a bullish trend.

The Aroon indicator is best used by the investors as well as traders. It helps the traders to avoid inefficient usage of the capital amount by allowing them to take a look at other opportunities during the sideways and also to hold the positions during the strong ends. Anyways it’s important to carefully watch and analyze the stocks using Aroon indicators to avoid basic weakness in the system.